Thursday , 8th August  2013. Greece reaches the final -count down, as Troikan of the EU and our ‘lofty Greek politicians’ that try to impose conditions on a society never before experienced in modern times of the 21st century. In the name of  Civil-Humanity and social justice, the past governments that have indebted Greece to such an extent that has driven a nation into proverty and now forcing it to take law in its own hands, MUST BE BROUGHT TO TRIAL AND THEY MUST RETURN THE MONEY THAT HAD BEEN EMBEZZLED.

Determined Kefalonians are ready, as banks move in to proceed with foreclures on properties that have loans: ” (Let them ) come…and we will ‘take care of them’ with a double barrel shot-gun!”

Such declarations could have been avoided, but alas,  they fall on ‘deaf ears’ on the Greek Government. Scandals, such as the SIEMANS scandal; Dealings with the purchasing of miliatary equiptment; the over-charging public works Contruction Companies with politicians receiving (Mizes) tips; Scandals in the Public sector system of  high- ranking civil servants involvement in economic scandals and so many other ‘sizzeling issues’ , including the steady flow of illegal immigrants from war-torn countries reaching our bourders; all the above have been ignored by high ranking politicians in Greece and in other European Union countries, together with many other issues have been covered up, rather than being delt-with… A ‘Breeze of change’ is blowing demanded by the people of societies in a number of nations, with Greece being in the ‘lime-light’ forcing its people to stand and protect their livelihood and homes against the harsh measurments of the Memorandum that is being imposed on the people of GREECE.

According to ‘ AROURAIOS’  with an article published this morning that describes the deperation people feel  with the event of things as they are developing in Greece:

”  I have decided: they have taken my work (by making me redundant), they have reduced  salaries ( Of hose that do work) , they have reduced pentions, they have taken away social security medical cover and so many other things. THEY WILL NOT TAKE MY HOME. THEY WILL NOT TAKE MY LAND. THEY WILL NOT TAKE MY LIFE. THEY WILL NOT DECIDE UPON HOW I  SHOULD LIVE….V I O L A T I N G  the civil rights of a citizen, that is leagally bound  by International Law, the Constitution and            E T H I C S of our common civil values…”  many people feel like this. Many had not been part of the ‘army of public  servants’ manned  to be loyal by the previous governments to keep them in power for the past 30 years. Many Greeks, like many people in different nations feel that they had been detrayed by the governments and that these governments have been  ‘used’ by the elite Banking Institutions used to enslave nations into paying and robbing them of their property and dignity.

The untouchable autocracy of the banks institutions that now takes the place of a governing body of a nation has ruthfully announced the new measures of grabbing hold of property in foreclosures.

It is common to hear people saying:” I will be waiting for them  with the double barrel shot gun”. Negotiations are over, people are saying. “It is now time to act and to resist.” Many here in Greece  in the light of things solemnly that we as a people of this nation have an obligation to stand by eachother and to stand by our children and that  the only choice we have is to get organised and mobilize with the right to resist, as it legally states under Article 120 Par 4 of the GREEK CONSTITUTION.

To begin with, this call is directed to those people who are in the situation of “being in Debt”  or have been brought to the point of “oweing ” : these people have legal rights as Greek citizens according to the Hellenic Constitution to be protected from being looted and stripped from rights as civilians of a nation under set laws:

Article 4: paragraph 1: ALL HELLENES ARE EQUAL UNDER THE LAW.

Article 4: paragraph 5: ALL HELLENES  ARE BOUND TO WITH STAND INDISCIMINATELY PUBLIC OBLIGATIONS ACCORDING TO THEIR ABILITIES.

Article 17: paragraph 1: Private Property is protected by the Nation.

Article 17: paragraph 2: No one can stripped of their property only if the proprietor owes to the nation.

Article 22: paragraph 1: Work is a law given right to individuals and  it is protected by the National constitution.

The moments the majority of Greek people are undergoing hardship at different levels, a hardship brought on by the currupt politicians and greedy capital gaining tight knit groups and corporations supported by banks who are responsible of the crisis. In this crisis , while people are made redundant and unemployed, the banks are ‘bailed out’  by the government with tax-payers money.

The article refers to a feeling of disappointment felt by the people and is calling for change and resistance to the harsh measures taken. It goes on to say that ‘No one alone can confront the governing power of those who support the interests of the few who control the situation  money and  debts from abroad…”  they go on to say…”before we are forced to take extreme measures; before reach the end that is being prepared for us , we should unite and enforce wha the people of this land desire and not what a few want to impose upon us..” In a vibrant tone the article continues: “We do not owe to anyone, they owe to us and alot more what was taken from us. The debt created in the public and private sector is the result of a ‘scam’ brought  upon the people by ‘loan sharks’ .

-The debt is the result the exchange of money from the the public sector by lofty individuals in powerful positions.

-the debt is the result of it being sold or handed over as property to private selected individuals of the elite.

-The debt is a result of a handful of individuals who by are ‘the money printers’ of the game creating situations to provide cash in an economy ; in time these individuals then produce money making products in banks that attract people who have collateral . Once a great deal or these bank products are sold through banks, they withdraw the flow of cash creating a recession and then industries are shut down , to relocate seeking a cheaper workforce;  leaving people who had been made redundant to enter debt and then forcing them  to leave their property due to foreclosures.

The period of indignation is over . It is a time for decissions to be made and action to be taken. Well, we might as well be decissive here in Keflonia. Each an everyone of us shuold be just as decisive throught out Greece.

It is sad to see that many people here in Greece have reached this point of time. Many people abroad see Greeks as they happened to be characterised by foreign individuals who wanted to see Greece in such a plight. Not all Greeks are lazy nor are they ignorant of what is happening. Greeks have pride and dignity. The Austerity measures are simply barbarous. It has been mentioned before with 2million people unemployed and over 4 .5 thousand having comitted suicide ,it is not strange that such measures are being taken by people.

Such revelations were never extected in the 21st century with the ‘know how’ we have and the technology there is to back up any society in living with dignity. In the informaion age we live in we are capable of creating wonderous societies ,co existing in harmony and working together learning even more about this wonderful world we live in. After all we are all on this planet tempoarily. Many Greeks believed that we were fortunate to be part of the Europen family, in the past; they would have been able to support us by establishing business activity and enhancing education, helping a society of people to co exist and work together. I would not want to think that we have been betrayed by Europe as we have been betrayed by our politicians.

There are investors who would seriously think in investing in Greece but would be afraid of the curruption that exists in the government sector. There are Greek ex partiots who have enjoyed the stability of other nations and who wanted to see things differently in their home land. It would be wonderful if a stand can be made demanding things to change for the benefit of societies and people.

In ‘economic war’ like all wars no one is the winner. Caos sets in destroying culture, killing women and children, as we have seen in World war 2 with the burning of houses and killing of a nation of people then;  as we can see it happening in neighbouring countries now. When will it all stop!!. EUROPE should stand by Greece and help change the policies that have caused this nightmare. No European country should experience such measures. All societies seek education, health care, security and creativity through work. Planning and implamenting constructive programs of eco industry, eco agricultural programming, eco energy, ecoeconomics and eco polities to be implimented by political and economic institutions are imperative. I think we are mature enough to see to logical solutions. There is no room for destruction and Greed! 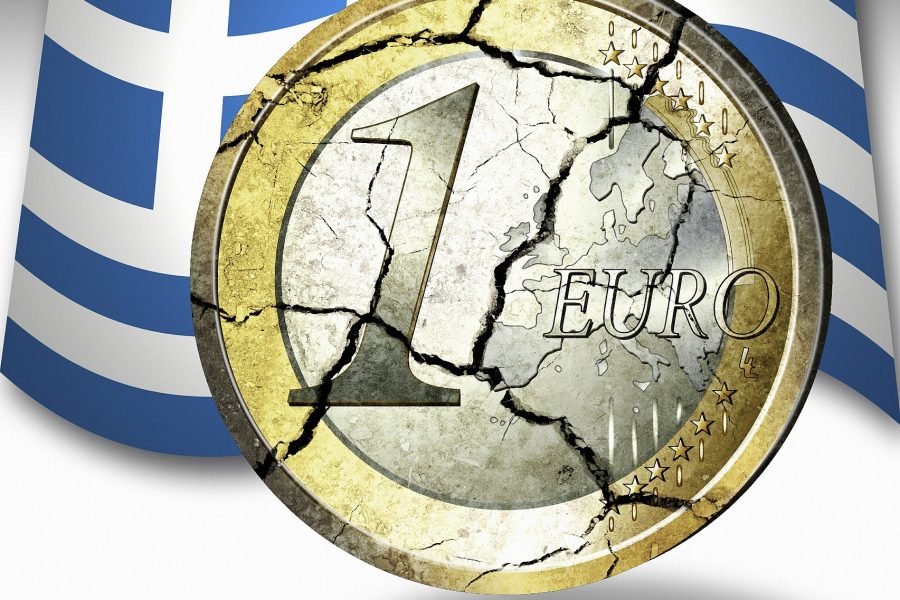