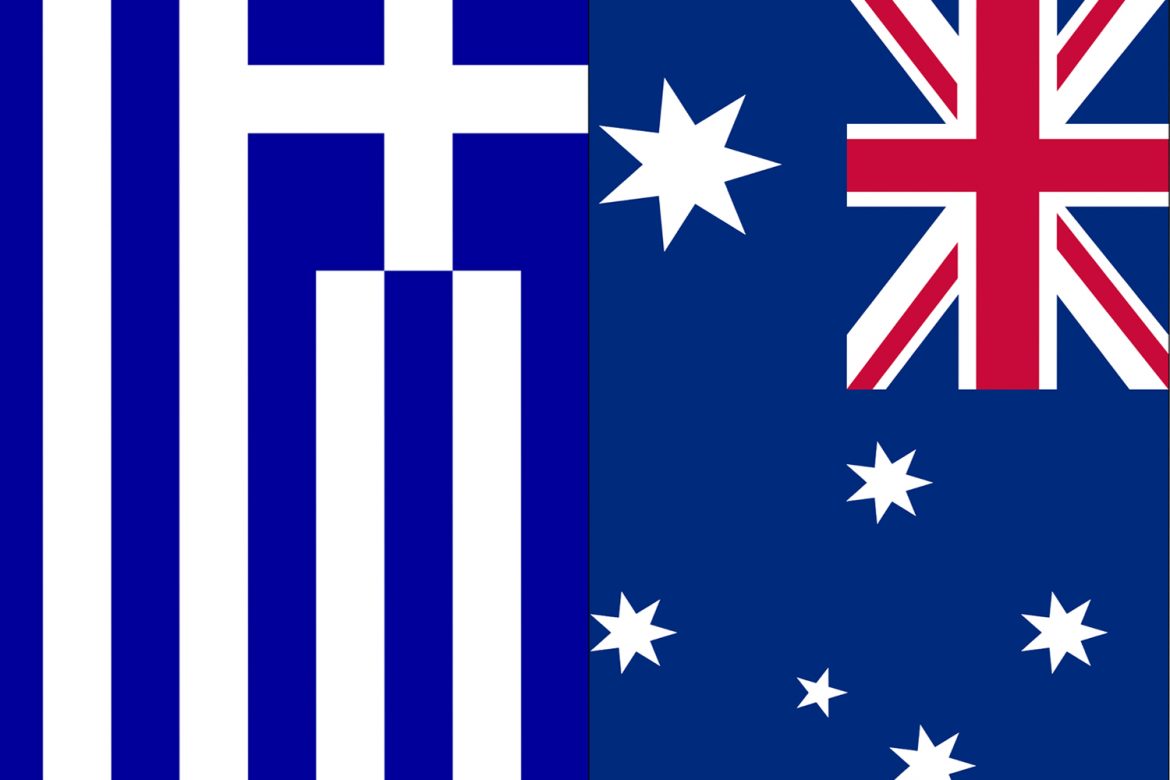 THE IMF ‘s AUSTERITY MEASURES are urged to be more humane!

Demonstrations are to be held in two major cities in distant Australia. These demonstrations will be held at the State of Queensland’s  city of Brisbane and the State of Victoria’s city of Melbourne where thousands of Australian’s of Greek origin will be there to stand by Greece , uniting their voice against austerity during the toughest economic crisis ever faced in recent years in Greece.

Last Sunday saw the first demonstrations were , as reported by the ‘Neos Kosmos’newspaper, held by a small group of Greek-Australia’s clustered ,after having gathered through the social websites and through the web-site

to have their voice be heard, out side the doors of the International Monatary Fund in Sydney, in support and solidarity with Greece.

The initiative was taken by ‘The Australian-Greek Solidarity Movement’ with a proclaimation demanding ‘the monatary negotiators to respect the referendum that is to take place as well asto respect the results that it will deliver. They also invited the IMF and the European Governments to stop blackmailing the Greek people who are expecting a new austerity package to be imposed.’

“The Greek people should be allowed to make their own decissions as citizens a sovereign nation, free from being forced and blackmailed by the banks and their counterparts,” stated Mr Harris Danalis, the president of the Greek Commuunity of NSW, and further added that there will be more acts of solitarity by Australians towards Greece, not only by the Greek community but from a broader spectrum, that would assure ‘giving Greece a chance’ during these really hard times in this crisis.

“It is significant that people understand that these ‘austerity measures’ do not only concern Greece, they are to be implimented to other European Nations and its people” Mr. Danalis said. “What we need to explain to Austrlians is that these austerity measures that are imposed on Greece are beginning to appear in Australia too. Things have become difficult at schools, universities, at hospitals, and with pensions. In many nations throughout the world similar measures are taken and are heading the same direction. The fact is the the state Greece is now in will be the state Australia will be in , in 10-20 years in the future. The truth is that Greece has a far different  economy which is much weaker however it is based on the same stucture,’ people pay the dues’ “.

Mean while, the Greek Community of Melbourne consaulted the Economic Minister Mr. Joe Hockey as a an IMF representative to take stand against reconstruction of the Greek debt, stressing the fact that the ‘riting off part of the debt’ is vital, considering that Gross National Product of Greece has shrunk by 25% since 2009 , as for the unemployment rate among young people, it has risen to 60%.

” With out the reconstruction of the Greek-debt the nation is in a serious state” said Mr Vassilis Papastergiadis the president of the Greek Community in Melbourne, while he invited the IMF to reassess its stance against the government and the people of Greece suggesting that reconstruction of the debt would lead to grown and prrovide a solution to the crisis. “We invite the Australian government to play a vital role ” said Mr. Papastergiadis.

“The European demands with regards to the debt are considered as being fundementally naive and destructive. The Greeks are not playing a game they are trying to stay alive.”  The case of ‘Austerity in Greece’ was  presented by the Greek Community ‘requesting a fair -deal’.  This motion was supported by the ‘Green parliamentary minister Mr. Scott Ludlam who is to request a protest be made to the IMF. In support of the motion Senetor Mrs. Lee Rhiannon stated:”The Government of Australia would have to face the reponsibility it faces at the IMF council and other councils demanding changes to austerity measures. Australia would have to request the IMF to work with the Greek government to seek alternative measures that are more humane and socially acceptable in Greece.”

In light of the referendum we are to face tomorrow it is nice to see that Australia is backing Greece seeking better more humane solutions to economic problems, rather than ‘whip-lashing austere deals’ sought by the IMF. Prgrammes are needed, development is demanded for unemployment to be absorbed…….that paves a humane future.