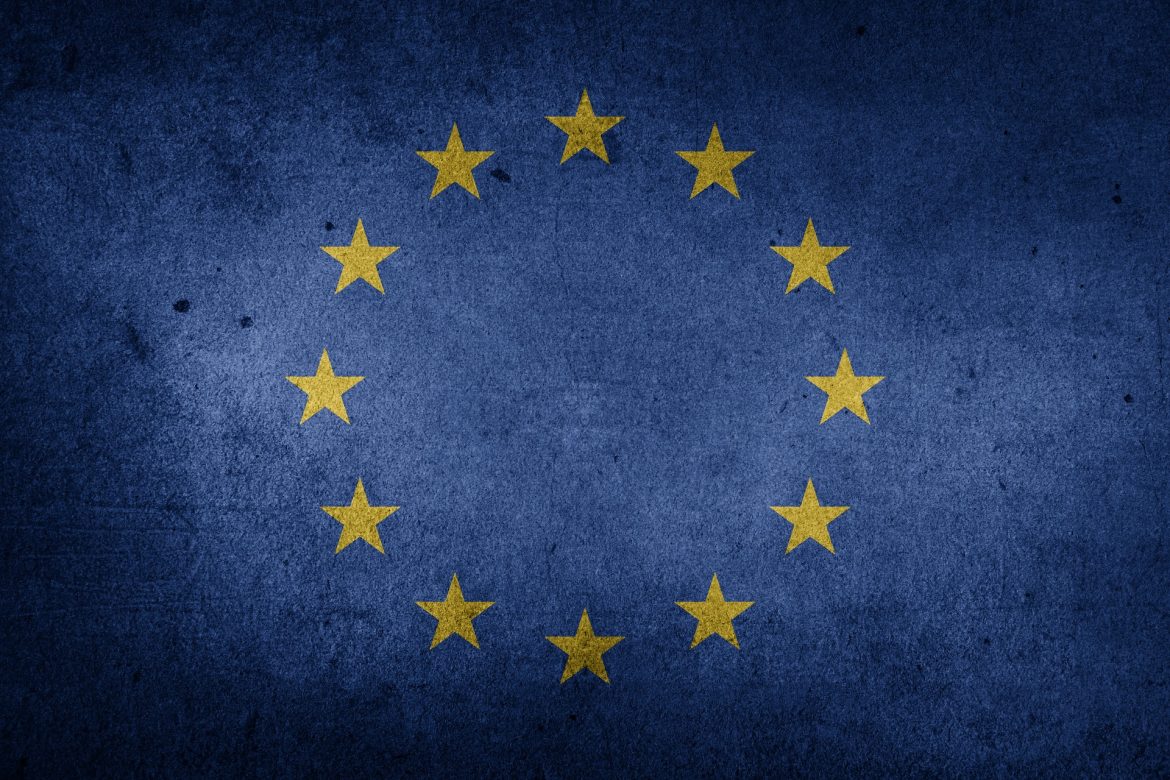 In recent conversations with people from back home, many had asked me of how things were in Greece. All I could do, is take a deep breath , sigh and smile!  Not many are interested in reading of how things are with ‘the depression and the economic war’ we are experiencing, however when it ‘hits home’, all you can do is word the truth and say: ‘Things are a challenge!’

THE 2-1 GOALS ‘ROCKED’ GREECE AND THE HELLENIC WORLD.

The remarkable 2-1 results in the World Cup hosted by Brazil, with the Greek team defeating the Ivory Coast was a breath of fresh air; it had everyone glued to their screens, biting their shirt-necks and were short of a SCREAM each time!. It put smiles on people’s faces, gave hope in their misery and agonizing ‘day in day out’ routine of trying to encourage eachother, and joking about ‘the sureal natural -high we are all on’, in trying to cope. The football results, spoke louder as we cheered when Greece stole ”the lime light “, yet again!

As we cheered, Brazilians were on strike and held demonstrations, in light of the austerity measures, with the IMF knocking on their doors soon heading their way, once the ‘Fifa’s World -Cup in Brazil’ is over. This is much like what we experienced in 2004 which has left monumental damage to our economy, ‘all in the name of development’; with foreign developers ‘persuading’ our politicians in developing and now, with huge monuments delapidating in the ‘heat’ of scandals, with the public demanding for them to be used and preserved.

Things, are well, dismal! The court rooms are full with cases, where money is owed by people, who have not received to enable them to pay . Yesterday, it was decided that cases, such as those will not be presented in courts; far more pressing issues will be handled, I  would say. Speaking of the court system, a piece of news in  keanews.fr  with regards to 4 thousand inmates at high security prisons, have gone on hunger strike in demand for better conditions. They say ,that a ‘high security wings are being established with-in high security prisons. “The Ministry wants to create a prison with in a prison, without parlors, without work, without permission…’ creating prisons of ‘high dispair’.

The hunger -strike, now in it’s third day, has inmates rejecting food, in an act of dispair; “In Greece poverty and misery, the only solution is solidarity among people. That is why we chose that during these three days when we deprive trays, they will be given to the homeless , the poor and unemployed.”

Further more, in the light of austerity and high unemployment , criminal activity increases: a lottery scam hit the news, with two Greeks having scammed 340thousand Germans, with rigged games of chance that operated from 2009-2013. It is said that they organised companies and moved money around and had gained 36 million euros…’What goes round comes round’ : karma bites when stringent measures of austerity are inappropiately imposed this fuels criminal activity as  result. It should also be noted ,that a ship with a tonne of heroine was caught smuggling; this operation alone, was the first of its kind to be ceased, catching the ring leaders and the haul. This case ,is still being investigated.

The ‘Underemployed ‘ is a new term that might need defining, however, the ‘Unemployed’ is a more familiar term that would define the number of 517,800 people being unemployed to date in 2014, compared to 137,100 in 2008 marking the beginning of the recession in Greece. Back then, underemployment was felt by ‘freelance professionals’ that were self employed.

At that time, the basic wage was 700 euros, which rapidly declined by 2011 and took a ‘nose dive ‘ in 2012-2013 to 350 euros; and too soon brought on underemployment conditions in 2014. To help a little , it should be said that underemployment conditions have people working ‘part time’ or ‘all the time’-at any time’ and they either receive their salary ‘later’ , in instalments or ‘way-later’ as if one is a volunteer worker, but employed-some how!

In the 1970’s the recession in the ‘Developed world’ saw people surviving with the savings they had and working for the minimum at that time. Naturally, commercial products remain on the shelves and people do not spend. In any case, in recessions there are always those that profit. However, things began to change when credit cards were introduced in the 1980’s.

In the 1990’s they caught on well when banks offered ‘products and loans’ with slogans such as ‘Ca$h for You’. In Greece at the time the political party system assured themsleves in securing their parties in power by appointing 60% of the work force as public servants in the 1980’s and 1990’s when being in the EU meant that programs brought in money into the nation as ‘ DeLore packages’ as they were then known, to be used to instigate investments and development by the governments Instead, they paid the public servants and what ever else they needed. Surely politicians lined their pockets too.

This also affeceted retail industry, with drops in the purchasing power of the consumer, leading to the closing of small businnesses “In total 65 thousand busineses in Attica-or 30%-have been shuttered due to the crisis” (24th June 2014 Hellas Frappe) Many ,who had savings , have either spent it trying to survive, helping themselves and their immediate family that has been affected by the crisis, while some others, managed to ‘send it out. ‘

What is further disappointing, is that Greek companies have left the country and gone to neighbouring nations to take advantage of the low tax  rates and low wages’. Naturally, the government is to be blamed here because they have never intended to value ‘ECONOMIA’, in establishing  policies that work with in the country. As with the term ‘Economia’   what I mean is to obligate companies to help establish firm foundations in working in Greece.

Politicains and even some Greek businesses only thought about what they could gain at the expense of a whole nation of people. Greed has no groonds to encourage growth and ‘real’ national pride with how we want to show the on coming generations of how to do things.The EU at the time, concentrated on establishing a economic system that favoured banks .The elite gaining in a crisis through banksters.

Values  have entered a crisis too. Once we sort out with how to do things properly with the commonwealth in mind , only then we will grow as a country , as well as a people in the EU. This also applies to the EU. All the nations of Europe should focus on realistic policies that a logical . Social , Political and Economic institutions should focus on establishing realistic ecological policies that are society friendly.

Our planet should be respected as we are all here as visitors . We must hand over the way life should be lived and how to do things with respect to the oncoming generations.

Calls to a change is demanded to Economic Policies handling the CRISIS.

European leaders are having second thoughts with how the crisis should be handled. Austerity, is losing ground ,according to University Professors sociologists and economists.  “Merkel’s power has become weaker”  even more so in her own government.

It is common logic to see, that austerity imposed on European countries, has led to the emergence of Extreme- Right Nationalist Movements through out the EU.”If you Germans keep going like this, you are going to ruin the EU,” said a restaurant owner in France when Vice Chancellor Sigmar Gabriel went to have dinner with a small group of Social Democrats.

As the heat wave sets in , with the dawning of a new day, so do our hopes of change in the way we think. May we become less consumers and more environmentalist; May the policies be more humane and socil friendly; May economic and potical institutions, think of the future generations and what we need to teach them, in how to live life rather than how to devour each other and destroy the Planet we live in. 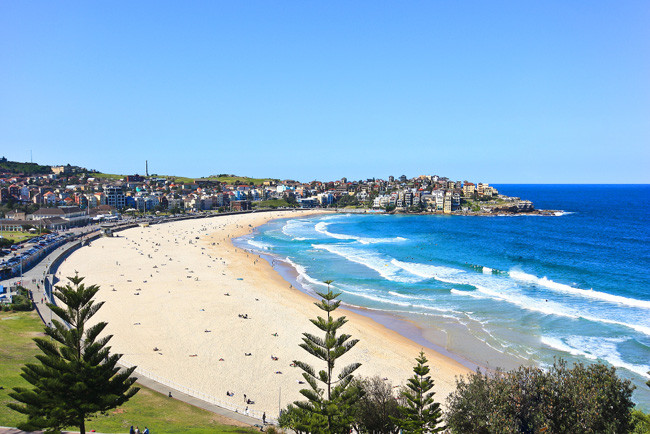 An article and Poetry: “The wind Festival at Bondi!”

Inspiration Poetry: “THE BEAUTIFUL BEAUTY OF BEING BEAUTIFUL.”~Debbie Papadakis.